The purpose of this talk was to review and compare/contrast the various tools that have come out recently to help us improve our political engagement. Which it does, but I realized when speaking about these things talking about the tech itself is only half the issue, the other is how people are using it and why/why not. I don’t know about you, but I’ve been feeling overwhelmed by all of the chatter, options, recommendations here so I wanted to really sit down and consider what I’ve found and offer some sort of method to the madness.  Cause this is what it feels like now:

When we should be aiming for this:

First, a caveat. There is no one size fits all here. There is no one thing we can do right now and have it fix everything that feels wrong about our country’s current dividedness. Lots of people are calling for bots to filter news or create data-driven fact checkers, but I’m skeptical of those. Because that puts a ton of trust in that technology in a way that I’m uncomfortable with. What if the person who created that tool stops updating it? What if another news source emerges that replaces the news sources the bot relies on? Technology doesn’t always think in the same shades of gray as our brains do, and as humans we will always need to be able to read and synthesize various sources to challenge and allow our beliefs to evolve, so we are our own best tool for this at the moment.

But. There are some pretty darn helpful things we can look at. They allow us to make waves slowly though many small moves. 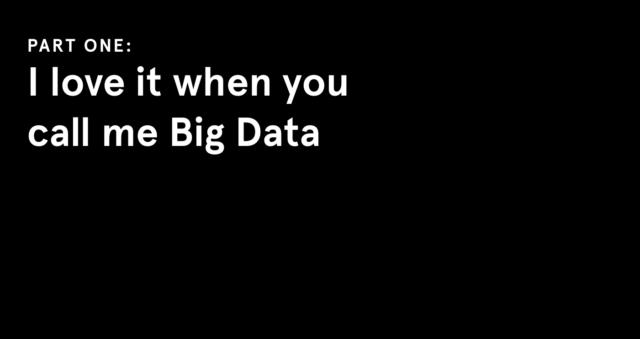 Aka. High-level tech for the people.

Data Refuge is an org created by people at Penn State University for the purpose of saving, cloning, and storing climate change data in various locations around the country and the world. So if this data that people have spent years studying and collecting becomes compromised or corrupt, it will be backed up in several locations. This is a volunteer-run initiative with developers, scientists, and coders working together to preserve this critical science. They also have an artist residency program specifically designed to find new ways to make statistics and facts more visual to emotionally engage people who aren’t technically inclined. What I like best about this is that it’s a multi-faceted org, providing entry points to all sorts of people interested in slowing climate change. They work really hard to make their data and technology accessible to people, regardless of one’s skill level.

More locally is Chicago Hacknight, which is every Tuesday from 6-10pm on the 8th floor of the Merchandise Mart. Every week a whole slew of people who are interested in using technology for civic and socially minded projects converge. It’s like tech church! They’ve produced a number of interesting projects, such as Chicago Nursing Home Search which uses the statistical rankings of nursing homes as provided by Medicare and presents them on a map in an understandable way. 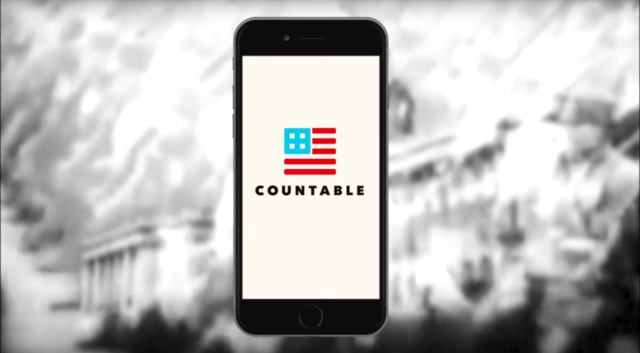 And then there’s Countable, which is non-partisan start-up based out of SF that breaks down congressional legislation in plain language. You can up/down vote bills, and sent both text and *VIDEO* messages to your members of congress. Like, you can basically Snapchat your public service boos at Capitol hill. What a time to be alive!

Security is a slippery topic and could be a whole story in itself. But there are a couple extremely easy things you can add to your browser to help scramble your identity. These are things that run in the background and are about as set-it-and-forget-it as they come. In theory, you could even install them guilt-free on your loved one’s computers while they aren’t looking and they wouldn’t even notice, buuuut I’m not here to tell you how to do your life.

HTTPS Everywhere, by the Electronic Frontier Foundation (EFF) a 26-year-old non-profit dedicated to defending civil liberties in the electronic world. Pretty great source, if you ask me. HTTPS Everywhere automatically replaces the HTTP in a URL with HTTPS (the S stands for “secure”) which adds an additional level of encryption between the server and your browser. Boom, easy, finito!

Also by the EFF, we have PrivacyBadger for both Firefox and Chrome on the Mac. Similarly, there’s Ghostery for PC. Among several helpful things, this buddy removes the trackers that record your browsing behaviors and send them the third parties without your consent. They make browsing clearer, faster, and safer without requiring you to switch to a more secure or private browser.

There’s several tools that make calling elected officials easier. 5calls.org is great because they give you a script, but these and a a few others I looked at all require you to jump from your browser to your phone and make you dial in the telephone numbers manually. A slightly more streamlined version of this is DailyAction.org. You give them your number and they text you with the issue of the day, and a phone number and all you have to do is tap the number and you’re already doing it.

The failure of all of these calling services is that it still puts the onus on *us* to work this into our day. It’s amazing how hard it is to actually do it. DailyAction.org has shared their numbers, as of this month they have ~250k subscribers and of those only about 10% actually follow through with calling. Which leads me to believe the actual numbers of people calling overall are still pretty low. How can we improve on this? Accountability? Incentives? Can we simply bootstrap our way through it? I see it very much like going to the gym or volunteering. It’s super hard to get people to go (myself included here) but everyone feels AMAZING after. We gotta focus on that while we rip the band-aid off.

Further, we have Drive the Vote and Carpool Vote. Both are new tools that mimic car sharing apps like Lyft to help get people to the polls for free. I’m expecting a big push for these services when the midterm elections come around, especially in areas with voter restriction laws, or places with unreliable or no public transportation. Also curious if they will let people book rides for the elderly who may want to vote but aren’t going to use a smartphone app to book themselves a ride. A good service to keep an eye on, regardless.

Surprisingly, older technology is showing a strong resurgence these days. For many congresspeople with perpetually full voicemail boxes, and unchecked email, there is always faxing. SAY WHAT? 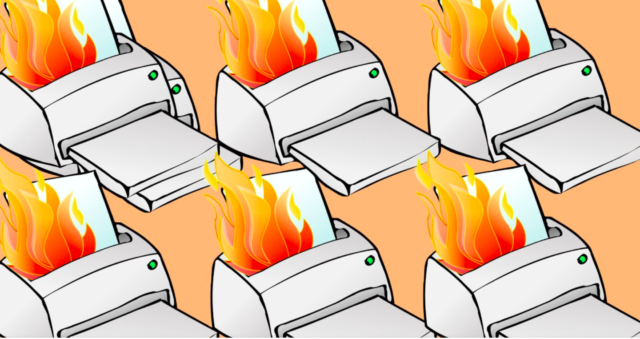 You can send up to 5 free faxes A DAY with FaxZero.com, and pepper your elected officials without picking up the phone. I’ve a mental picture of the fax machines in these offices just constantly spitting out paper that slowly starts to fill the room, makes me smile every time.

Google Docs are also becoming a real tool for the people. Google groups, shared spreadsheets, and sign-up forms have been popping up wildly. It’s wonderful when we don’t have to download or learn and entirely new interface to get involved, since a very high number of people have at least a passing familiarity with Google’s tools. Though, these require a person-to-person referral. This one, for example, is a sign-up form to be a proxy for a person who is unable to use the phone themselves. Reserved specifically for the disabled, it’s wonderful that something so simple can help amplify these voices.

All this is to say that you don’t necessarily have to be on the front lines of tech to also be on the front lines of change. Simple technologies or technologies that haven’t changed much in recent years are still just as relevant, no depreciation when it comes to these.  I mean, even an oven is technology.  And can be used to make snacks for a group of civic minded friends, bc who doesn’t love snacks?!

In summary. Make a routine for yourself. Decide what kind of bandwidth and resources you have, and we all have SOMETHING to offer, and bring it out there. Getting family & friends involved makes it less work and more social. If you come from a family with widely differing views, is there a neutral cause you can both get behind? For example, food donations are generally always non-partisan, as are book drives. Start with the causes you DO agree on and improve your bond with those before attempting to dialog about the more complex hot button issues that maybe driving a wedge between you. This is where it’s especially important for small steps, patience, and consistency. With continued openness and exposure it’s possible to find more common ground.

Because it doesn’t require a certain level of hard-won life experience to get involved with social justice initiatives.  You are already enough. Just by being here.

Just by being here.