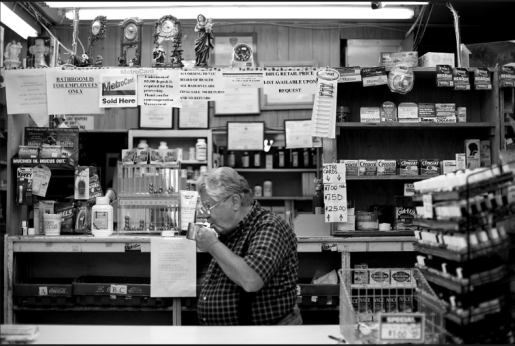 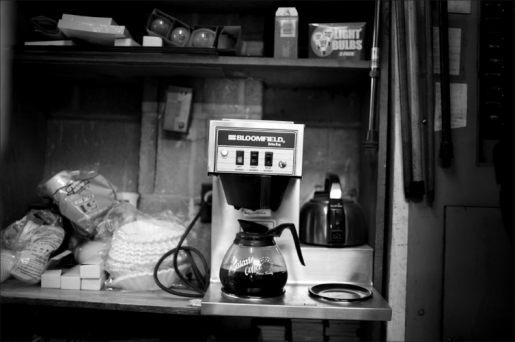 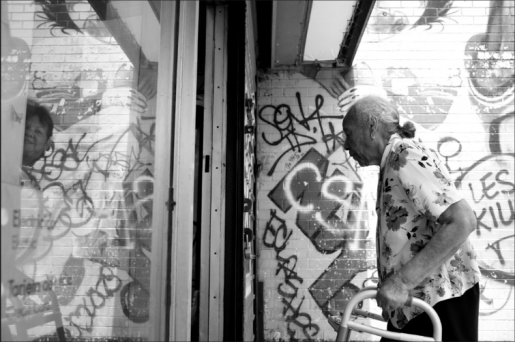 Sessions started with selections from One in 8 million, an oral history interactive web project by the New York Times.

Conferences get flack sometimes for being corporate, not intimate enough, and burdening their laden-down participants with cheap swag. Sessions can be dry, networking awkward, and lecture halls bloody freeeeeezing cold. And they all seem to promise the Next Big Thing. But after two jam-packed days at this event, which was far beyond a design conference, I wanted to take everyone I met home with me as my own personal task force of awesomeness. These people really are the next big thing. And not just the presenters either, every time I struck up a conversation with someone a simple “So what do you do?” never really had a straight answer. “Wellllll… ” they all start, and that’s when you know you’re going to hear something good, because invariably a slew of interesting things follow.

I spend so much time focusing on the art and design world that it’s been a long time since my ideas about politics, education, sustainability, and health care have been so directly and radically inspired. I learned about a doctor who’s flipping medicine on its head with the help of social media to schedule house calls and run his own practice from home. Then there was political activists, The Yes Men, who basically punk the media to promote social change, and twelve-year-old Abraham Godson (no website) a prodigy pianist who charmed us with his own compositions. There were Educators advocating new ways to tackle the crucial challenges low-income students and their noble teachers face. We were held rapt all thoughout, even through the Keynote, by Braddock PA’s reluctant Mayor who captivated us with his grassroots movement to rebuild the forsaken community there. And finally, the on the sounds of the Global Fusion Project, we went out into the night.

The Beckoning of Lovely, by presenter Amy Krouse Rosenthal

Between, in the harried off-time there were the usual small moments of inspiration among the hugs and handshakes as well. See over there? That gracious fellow with the white beard and the kind eyes is Steve Frykholm, the legendary Creative Director for Herman Miller. And there’s another industry great over yonder too, Richard Saul Wurman, the fellow behind TED and about a hundred other cool things. Chad and I handed off our fresh letterpressed ephemera, like talismans, to Frank Chimero to take home to Portland to another internet friend, Kate Bingaman-Burt.

One in 8 Million, Abraham Godson on Piano:The guys at smbolic (Kevin Krueger, Greg Samata and Dave Mason) deserve the hugest thank you of all, both for throwing down and getting such a huge event together and for generously allowing us to attend. They certainly didn’t have to, and I feel so lucky for getting to share in this opportunity. See the full list of presenters here.

Exhausted and exhilarated…and let’s do that again. See you next year?