+ HOLEEEEY MOLY so far 951 people have signed up for my new Skillshare class. This is still small, at least by online class standards, but I seriously thought like 30 people (aka friends and family) would be the only ones to sign-up. So you can imagine my overwhelm and gratitude when something different happened! I’m now crossing my fingers that it’ll still grow to 1k, because, I like even round numbers. Massive thank yous to all who shared and reached out because of this, it will alway make my day to hear your feedback. 😀

+ Also very proud of this paleo soup cookbook I designed for my client, Ali Rakowski. Here’s a sneak peek and pre-order for the book over at Ali’s new business Intersection Coaching (also designed & built by yours truly). Be sure to order in time for Xmas!

– From yesterday’s Sister Corita Kent Google doodle. I don’t really pay attention to these on the regular, but every so often one comes along and really knocks me between the eyes. I could, and probably should, write a whole essay on this lady and why her work is so important to me. But until I do, here’s one story that explains her influence nicely.

+ Calvin, of Calvin & Hobbes, is a real sage genius of a seven-year-old. Here are 16 things he says better than almost anyone.

+ I read this essay earlier in the week that I haven’t been able to get out of my brain. It’s equal parts one line zingers and real talk about the pressures on girls and women to look stylish and appropriate at all times, even from very young ages. And how even an extra 15 minutes of grooming per day can really eat into time spent learning/doing other things. Or how all the time and money it takes to keep up with these constantly changing standards, and since we’re still getting paid less than men, we are that much poorer for it. This dovetails nicely with this other article explaining the sorts of chastisements women receive if they are too feminine or too rumpled in our appearance in professional settings. However, while women spend more time on our personal care habits, we also live longer in general, and that can’t be entirely coincidence. If there was a way to meet in the middle, with less judgement on women and girls, and a little more effort from the gentlemen, I imagine we’d all be happier, richer, and living longer together.

+ Starting a business or new venture? Feeling like you’ll never catch up? Well, you are not late.

I think that’s enough for now! Next week you won’t be hearing much from me, I’ll be doing lots of yoga and writing at a retreat center on lake Atitlan in the mountains of Guatemala. I imagine it looks kind of like this: 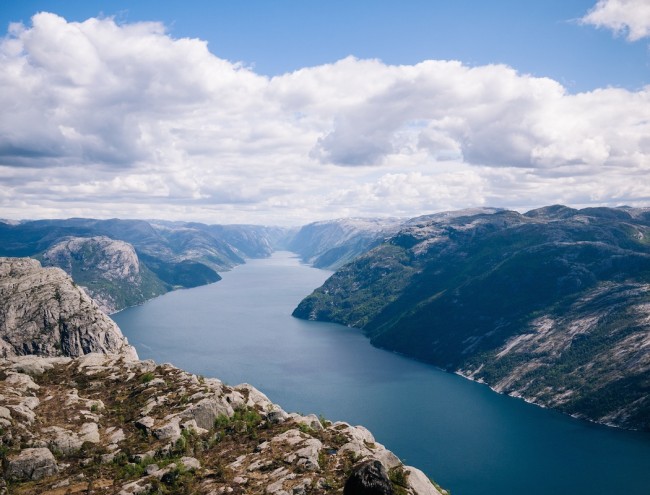 I’m not 100% sure what location is in this photo, but it’s a free stock photo from this awesome site, Unsplash that posts 10 free high res photos every 10 days. Anyway, I’m sure you won’t miss me through your turkey coma, or Black Friday mania. Whatever it is, I hope you get to do you!

Smiles for miles, friends. Until next time!