It feels a tad weird to be interviewing mahself on my own website, but in all fairness Kate, my Bitblogger partner in crime, came up with most of these questions so it doesn’t feel quite so shoegaze-y. Also, I’m off to Brooklyn next week which means I get to meet Kate in person! Awesomeness will ensue as we continue to scheme on this feature. 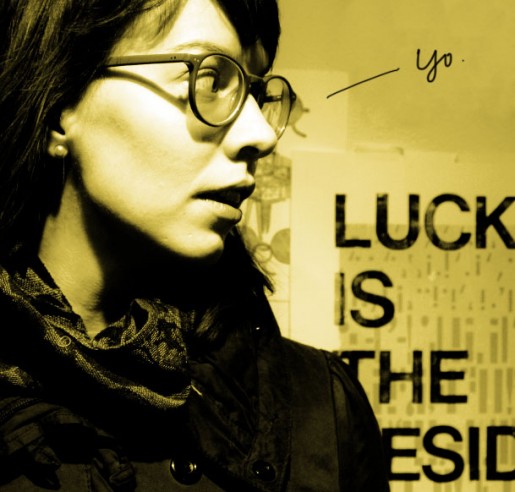 What was the first blog that hooked you?
This is an easy one! I remember exactly, Under Consideration’s Speak-Up got a mention in a 2004 HOW magazine that I picked up at lunch one day at my first job. I knew what blogs were before this, but I had no idea they were anything more than personal journals. I haven’t stopped reading them since. I also knew fairly early on that I wanted to be part of the blogging community but I never had the cojones to go for it until I got laid off from my corporate job in 2008.

We hear A LOT about big bloggers but not so much about the little guys. In your words, small bloggers are important because:
Well. Everyone loves an underdog, right?

Blogging is a TON of work and rarely pays the rent. your family think you’ve lost your mind… so what drives you to blog?
At this point, I don’t think I could stop if I tried. Writing and blogging has been such a huge part of my design process ever since I started Pitch three years ago, and now it’s habit. I’ve also discovered I don’t truly grasp my thoughts until I write them down somewhere. Like, if it doesn’t leave my head through my hands I don’t retain it. Which is why my life is ruled by to-do lists.

“I’ve also discovered I don’t truly grasp my thoughts until I write them down somewhere. Like, if it doesn’t leave my head through my hands I don’t retain it. Which is why my life is ruled by to-do lists.”

Blogging means putting part of yourself into the world for others to see and react to. How comfortable are you with being “out there?”
It’s funny, I always seem to want to share more than I can actually get online. I would post ten things a day if I could figure out how to do that and still make ends meet. One of those not enough time in the day deals. It’s totally me not making it a priority like I could, but I do what I can. I do know that I am shy behind the camera and if I could just figure out how to get over that then I might be running a whole different show.

Do you follow your stats? How are they useful to you?
I have analytics but I barely check it. With the occasional spike and lull, my traffic has pretty much plateaued since year one. I do pay attention to my twitter followers though, but stats and traffic have always seemed so relative and subjective to me. And then when I think about traffic I think of ads and I have mixed feelings there too. Like, this one ad guy was trying to talk me into a sidebar package once; he said my traffic would net me $30/mo per ad. So, great. I’d have to have 10 more of those and not even pay half my rent? That didn’t seem right to me either. And then my brain melted. The end. 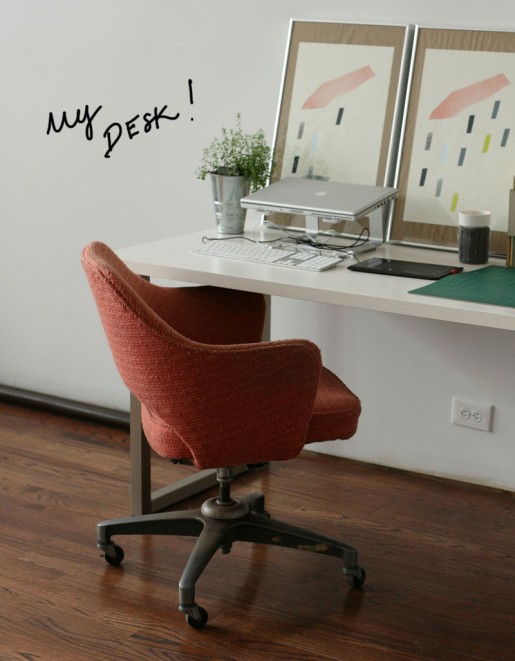 Your guilty pleasure blog? Go.
The Hairpin. A collision of high and low brow content written by some of the most whip-smart ladies I’ve had the pleasure of reading.

Do you have a favorite source for awesome content?
Depends on what I’m looking for. Blog posts come from all manner of places, I cast a wide net to find inspiration there, both offline and on. But if I’m researching for design project or trying out a specific style I go to aggregator sites like Designspiration, Fffffound, Behance where I can quickly access tons and tons of random things. I also like to visit the websites of my favorite artist/designers and peruse their favorite people, there’s always new eye candy there.

What’s the one thing about the blog world that’s got you stumped, the thing you’re dying to ask somebody but haven’t?

How come some are so guarded about their traffic but other’s aren’t? Why is it weird to quantify the internet like that? Also, do I have food in my teeth?

Your top three favorite posts you’ve ever written?
Howdy Do It – A series I co-wrote with Ellie Snow of Mint Design Blog.
Gender and Design on the Fox is Black.
The Things We Make – My book.