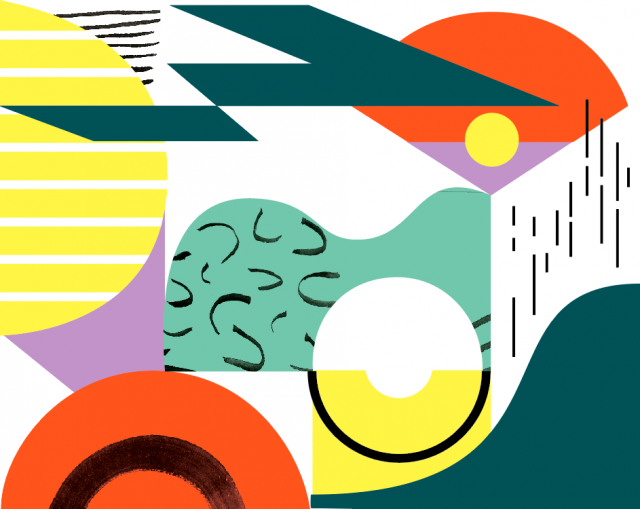 Soooo… Remember the mural project that I wrote about a couple weeks ago? Soho House Chicago canceled it. Initially, when they found out I was fundraising, they were confused and upset and we compromised by agreeing that my social media posts be removed. I was fine with that and compiled the best I could, however “social media posts” is vague and lead to a miscommunication on their ask. They didn’t directly ask me to take down the blog post, but I took the liberty of re-writing it and removing their name but left the post up because I didn’t want to remove the ability for people to still donate if they wanted to. This and the fact that I liked another colleague’s Instagram post in support of the fundraiser were the final straw and what lead them to cancel.

At this point, I’ve raised $1300 and have no mural to paint. So I’m sharing this now in hopes that the internet can help connect me with a new partner for a mural so I can honor people’s donation with the art they were expecting. A non-profit? A social justice organization? A restaurant? A gallery? If you know anyone you can connect me to, I’d love for this to have a happy ending!

I also want to answer some questions I’ve been getting from this experience in hopes that it promotes better transparency for the art community in general and might help protect someone else from the same fate.

Didn’t you get Soho House’s permission to fundraise?
In a word, no. I knew it was a risky move going into this, but everything else I’d experienced working with them led me to believe they wouldn’t care. They didn’t require me to sign a contract or an NDA  and didn’t ask me to submit plans or mock-ups. This gave me the impression that they wanted to be hands off. Had they been more communicative, I would’ve taken a different approach. And even if they did care, I figured that we could work through it and they would be accepting of a little boat rocking for the greater good. Alas, this was not the case.

Does Soho House really not pay artists for this program?
They cover up to $250 of material costs, which conveniently is enough to buy paint to fill the four 5×8” walls available. They offer free meals for the duration of install, which takes 2-4 days. Oh, and they put the murals on their Instagram feed with 9k followers for exposure. Initially, when they opened, Soho paid artists the full commercial value of their work in credit at any of their spaces internationally, plus a free two-year membership. That was reasonable, but not something they are offering for this monthly mural project. I can’t speak about payment for other events and programming they offer, but I know it’s similar and has been a source of frustration for others.

It seemed like you were trying to provoke them, perhaps if you were nicer they wouldn’t have been mad?
I tried my best to be honest, kind, and follow instructions as best I could. If they can’t see the real intention behind this and want to get bent out of shape because of the way the message was handled, that’s on them. This is tone policing, which is a false rhetoric used to side-step accountability. There’s no perfect way to stand up for what you believe in, especially if it goes against the status quo. The important thing is I tried.

Why did you decide to do the project in the first place if you weren’t cool with working for free?
Because no one wins in that scenario. People will just keep paying artists poorly if no one speaks up. And even though this project fell through, it has started a new conversation and that’s still progress even if it’s taken a different turn than expected. 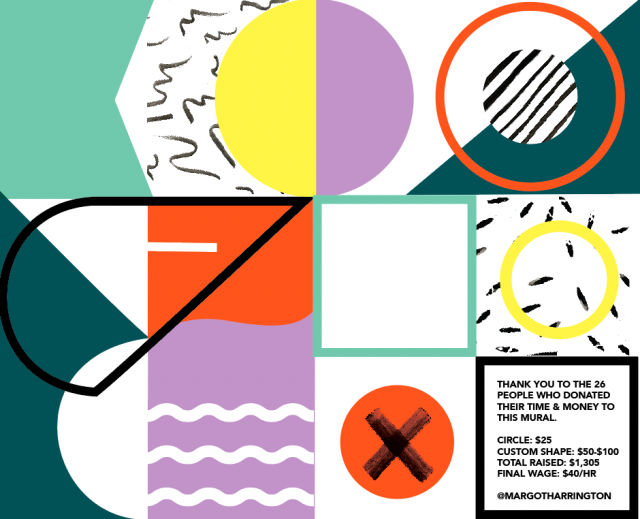 What’s going to happen with the money?
If anyone wants me to return their donation, please get in touch. I will completely understand if you have changed your mind. However, any and all money raised will be used to fund another mural. Based on a scale of 25 x 8 feet, the $1300 works out to about $35/hour, after taxes and material costs. If the new mural location has more square footage, and the sponsoring entity doesn’t have a budget to contribute it would be nice to have more to work with. For this reason, I’m keeping the donation links up. If donations grow beyond 5k, I’d be thrilled to donate 100% of the overage to the sponsoring entity if they are a non-profit or social justice org.

What’s next from here?
In addition to promoting the ask here, I’ve been consulting with a PR person who reps artists to help find a replacement for the mural. I’ve also been in communication with a gallerist who helps book paid murals through the West Town Chamber of Commerce. If you know of anyone else who can help get the word out, please get in touch! Any questions or leads on a replacement mural, email me to discuss more!