Back home and recovering from the last dredges of jet lag! Taking the time to commit these words before I’m completely re-absorbed back into life and it seems as if this trip never happened. 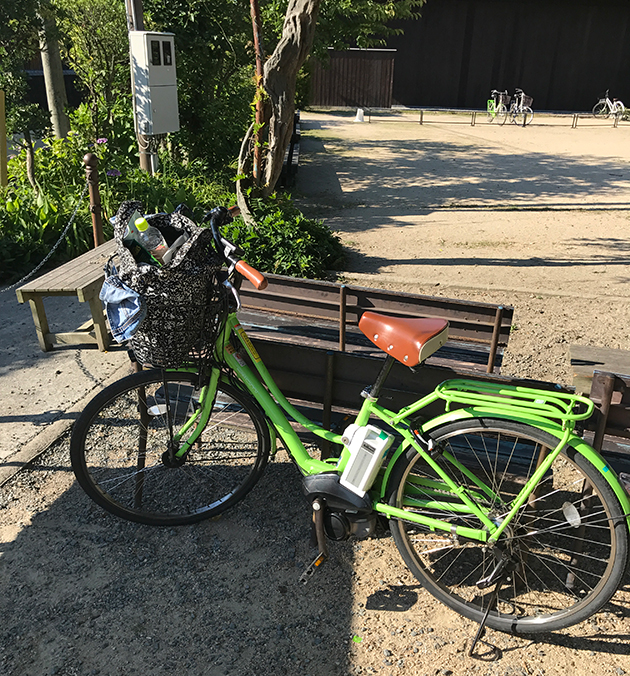 After leaving Tokyo, I journeyed to the tiny island of Naoshima, a short ferry ride off the south coast of central Japan in the Seto Inland Sea. This area and a couple other surrounding islands are known for their artistic attractions. Here, a large, spotlessly designed and impeccably presented contemporary art complex lives housing several museums, in addition to a cluster of galleries and non-traditional art spaces in the island’s town areas. I rented a ~$15 motor-assist bicycle while there, the island itself is very hilly so this was helpful, and zipped around to the various attractions over the space of three days. 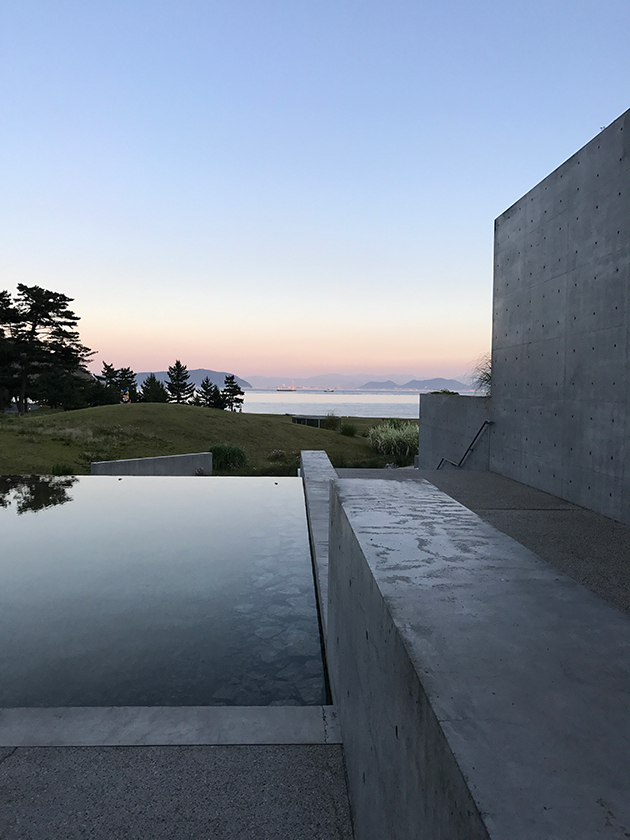 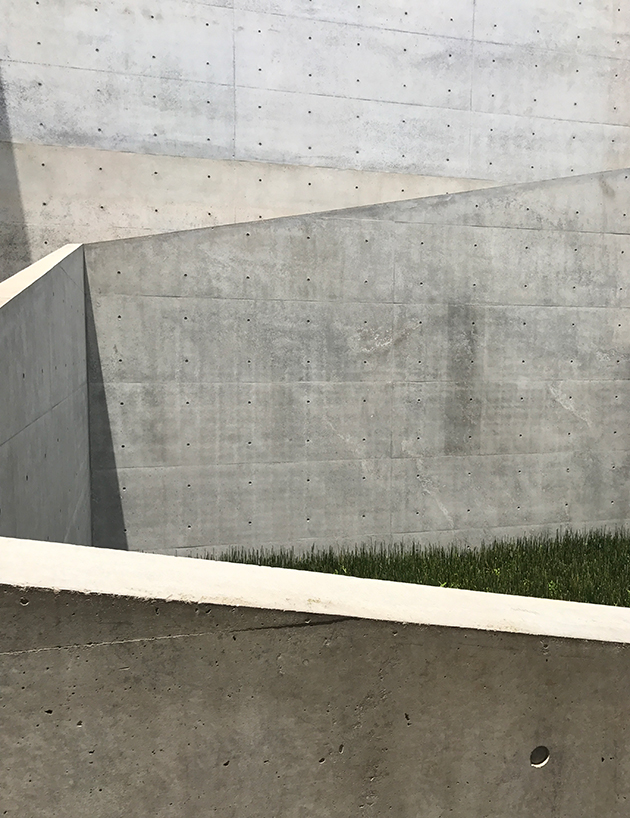 Here I learned about the work of self-taught architect, Tadao Ando, one of the most famous architects from Japan. He designed many spaces on the island and there’s a delightful little museum about his work. I like his style a lot, he uses unusual angles, interesting windows, and has a particular way of manipulating light. But there were moments the concrete blocks felt bunker-like, fallout shelter oppressive, not a place I want to imagine lingering long.

James Turell and Yayoi Kusama are other artists who are featured prominently here and their work was also a highlight for me. Turell’s work is impossible to photograph, with the way he uses light and color to shape, play with space and dimension. It’s incredible. Even if I had the skill to capture it, these museums ban photos. But, I will say, if you ever find yourself in this part of the world DO NOT miss his pieces on Naoshima and neighboring island, Teshima. For me, it was definitely worth traversing half the globe. 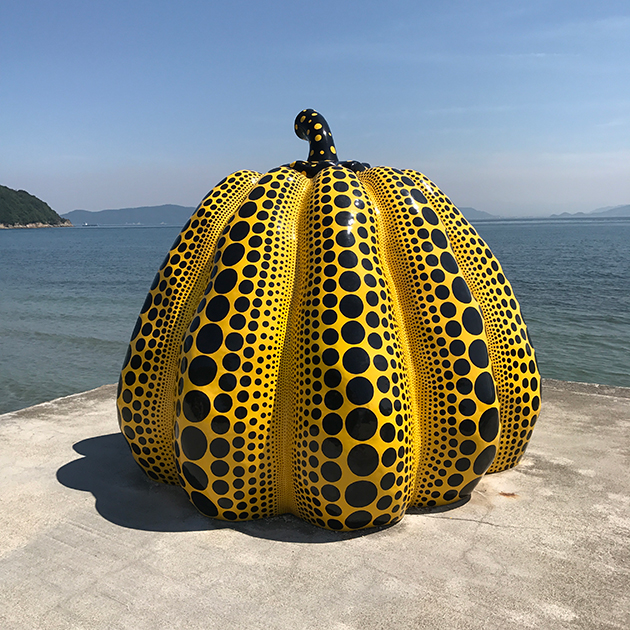 Kusama’s work is an excellent role on the island, adds a level of silliness and play when much of the art in the area is austere and contemplative. She’s also one of the few women artists being shown, they haven’t found parity here, just like the rest of the art industry. The only other tricky part was there was minimal info on the installations and artists written in English, this was true of most art spaces I visited in Japan. I got what I could, but will still need to supplement with additional research on my own.

Outside of the island’s museums, there were the tiny art houses, which I found the most fun overall. Small former homes converted into tiny displays featuring more local and up-and-coming artists. However, overall I realized I wanted to be challenged by the art a bit more, or educated somehow. Granted, I’m not the typical art consumer, but none of the work addresses the environment, historical events, politics, or social issues for example. Seems like a lost opportunity given how many people visit here from everywhere else. I suppose there’s this assumption that people are on vacation and want to turn their brains off, but I challenge that idea. Because people come here for an experience. And there are ways difficult subjects can be accomplished in a thoughtful, hopeful, or uplifting way so people will get it but won’t be, like, broken by it. Anyway, it’s still awesome.

Following this, back to Kyoto (omg high-speed trains!!), where I spent 7 nights. Here my goal was about trying to grasp more of Japanese deep history and traditional art and craft. Kyoto is FULL of shrines, temples, vintage shops, beautiful nature, and traditional artisans of every stripe. Papermakers, knife makers, weavers, ceramicists, anything. I even walked past a shop peddling gorgeous handmade brooms, mats, and bristle brushes. 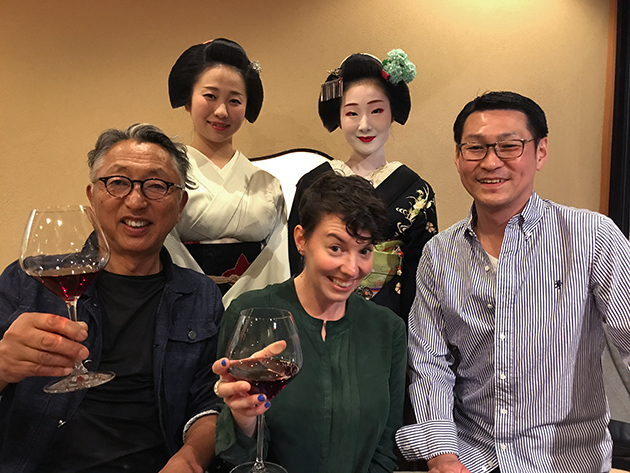 Kyoto is the best place to find Geisha culture, which I was extremely lucky to stumble upon by chance after randomly selecting a sushi spot for dinner one night. There brought conversation with another patron in broken Japanese-English. He was very curious about me, but kindly so. In classic Japanese fashion, he was exceedingly polite and honorable despite being jubilantly drunk. As the restaurant began to close, he and the restaurant owner invited me to a traditional Geisha house where we had another round of drinks. I did have a moment’s hesitation but decided to trust them, and I was rewarded. Ten minutes later I’m sitting across from two gorgeously appointed 18-year-old maiko, or geisha-in-training. We talked about Disney movies, Sanrio characters, and our favorite foods in Japan and Chicago. Too soon we exhausted our mutual language skills and the wine and they dispatched me to my hotel in a taxi. This was like finally cracking into Japan’s true self for a second, a true prize I will hold onto forever. 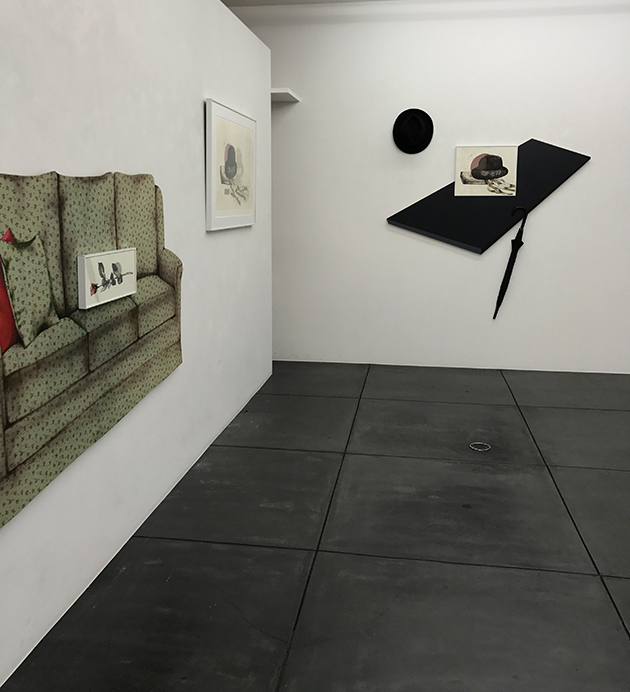 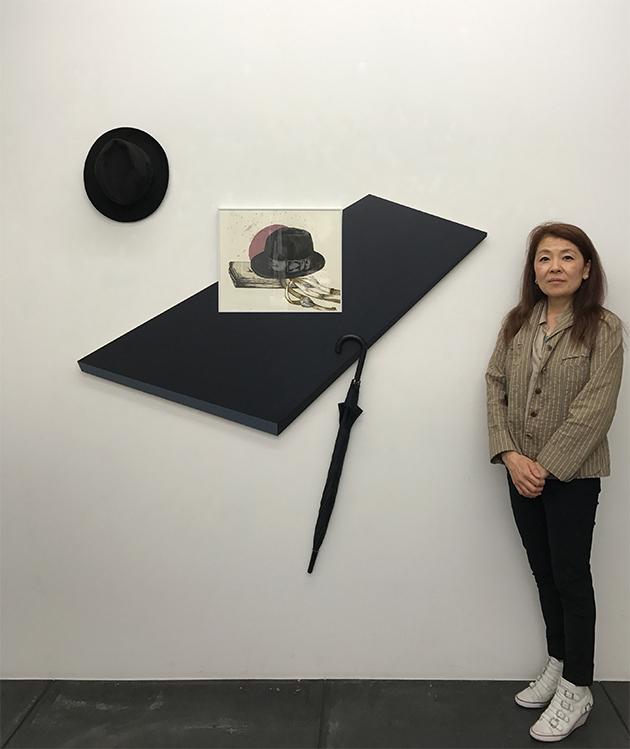 It was at this point I felt most at home, having grasped a bit more language skills and settled into the culture more (bowing, so much bowing). Kyoto is small enough that I found myself in similar areas, even walking down the same lanes and alleys again. On my second-to-last day, because of research help an artist friend Leah Mackin provided before I left, I found a small art space, Gallery Morning and the trompe l’oiel work of printmaker & painter Eri Yoshihara. We spent a lovely few minutes chatting about art and Eri and as I was preparing to go, Eri & the gallerist pulled out a Kyoto art guide and circled all their favorite spots. And with that, I occupied myself for the rest of the day poking around to small galleries and learning about what Kyoto artists are up to these days. I loved that it didn’t have the same big-city or highbrow feel of Toyko, much like how Chicago feels small and easy to engage with compared to New York City.

And, here I am, the marvel of travel being you generally end up back where you started from in some capacity. I’m still unraveling the full, long-term effects from a trip like this, and struggling to articulate the compulsion behind why I chose to do this. But this post is long already, so this I’ll discuss either in another post or my monthly newsletter which is out next Thursday. So! Until next time, friend!

I just wanted to mention that that the room in the Art Institute with the big, old Japanese woodfire pots, the darkened one that is entered through a forest of columns, is a Tadao Ando room. The Ando-designed Pulitzer Arts Foundation in St. Louis has much in common with the pictures you posted if you find yourself down that way.

Thanks so much for sharing your trip. (He says with schmidge of jealousy showing.)

This wonderful to see! I’ll have to visit both of these places!! Thank you, Mike. 😀