Has anyone ever asked “what inspires you?” It is a valid question, but I think it misses the mark a little. It implies that getting inspired is something that just happens, as if by chance. It’s fleeting and out of our control. I think “what influences you?” is a better, more empowering question. It means that we get to chose what filters and funnels into, and out of, our work. Influence is contagious; it has a lineage that can be traced. Viral, as it were. Good things go viral, but a lot of crap too. We all have positive and negative influences in life, and sometimes they are the same thing which is tricky. Consuming and enjoying content that has roots in negative places is perfectly fine, so long as we are critical and conscious of the negative aspects. I’m an ardent hip hop fan, even though there’s a lot of it that is gross, violent, misogynistic, vapid. There’s also a lot that’s not those things. It is even possible to like some of the iffy stuff and not be a bad person, especially if this fact is acknowledged and balanced somehow.

If you are searching for a way to grow your influence, then you must question what is currently influencing you, and shift your focus to target what’s most accessible and likely to influence a wider and more diverse group of people. We must all remember: reacting in a better way than our negative influences is the only way to ensure that what we make in response will have a better affect on others in turn. 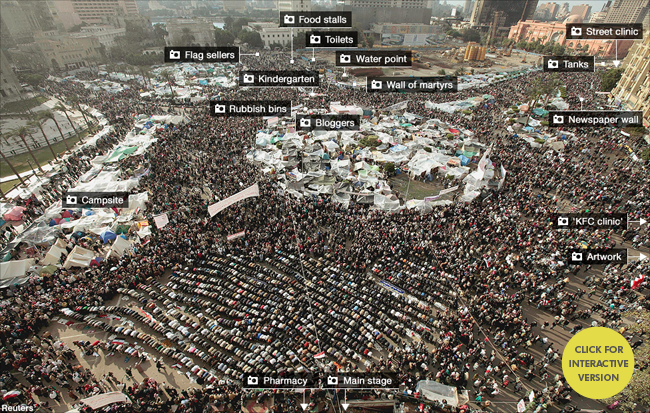 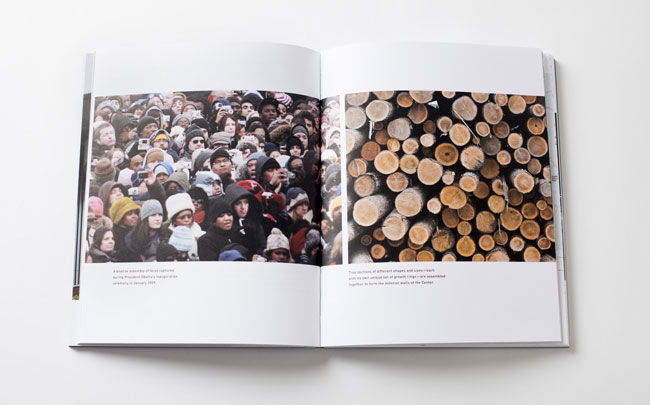 One of the best times I learned this was last summer when I was working on a book with Jeanne Gang of Studio Gang Architects. The book featured a selection of Studio Gang’s projects and the kernels and idea seeds that sprouted them. One notable example is the Arcus Center for Social Justice Leadership at Kalamazoo College in Michigan. The design for the building is influences by this photo of the Arab Spring uprising in Cairo in 2011. This highly organized camp is what the protestors built together in order to promote their cause. It’s a perfect thing to influence a building of the same goal.

The façade of the building is made from cross-sections of tree trunks cemented together. The idea for this came from Obama’s inauguration in 2009. You can see the faces and diverse attendees in the crowd are echoed in the different colors and types of wood. To take it a step further, Studio Gang reversed-engineered the construction so it was carbon-neutral and highly insulating for the smallest environmental impact possible.

Compare this to a similar project from one of Jeanne’s contemporaries. Another world-renowned architect once made a book of his influences, a beautiful and expensively produced tome, with the side effect of revealing his love for trashy imagery that diminishes women. Quite the difference in influence, no?

So what else can good influence look like? Here’s some examples that the show influence in a variety of ways, all surprising & unique. Why did I pick videos to showcase this? Well, TV is most accessible type of culture these days, with the capability to affect a huge amount of people in moments. Also, there’s so SO much dumb/tacky/off-color/whatever TV, I wanted to curate some of the best. After watching hundreds of videos over the last few weeks, these are my favorites. I hope you enjoy.

[Full disclosure, the Apple one was included as a thank you to Apple for hosting me. And, if we have to watch a commercial at least it’s a good one, eh?]

Thanks for reading/watching! Want more? Sign yourself up for my newsletter, there’s plenty more I’m sharing there. Also, in the interest of transparency of what *my* influences are, here’s the places and people who helped shape this talk.  No secrets or guilty pleasures here. 🙂

The content is re-published from my Apple store talk last week.