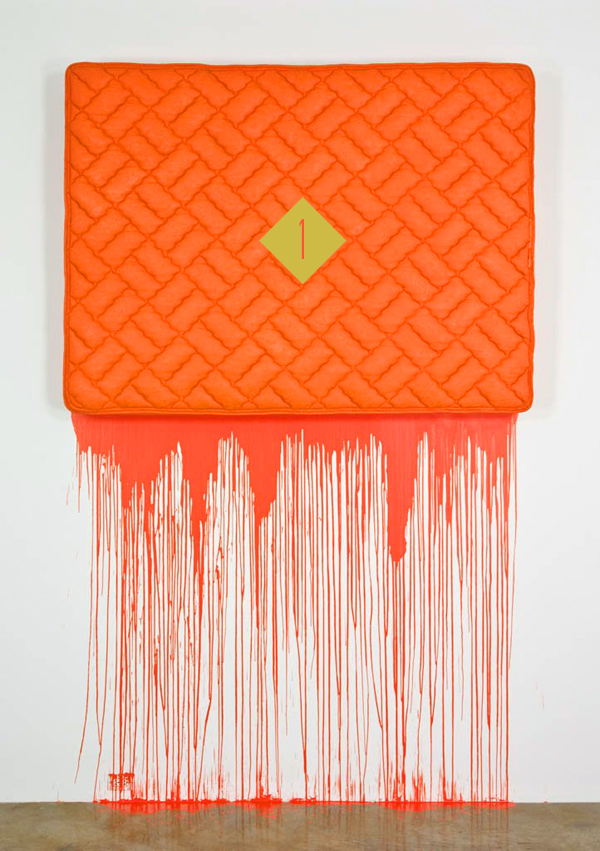 I didn’t think Pinterest was for me until one of my oldest friends, one who knows me better than almost anybody, called me out for not using it. As in, you’re crazy for not taking advantage of this resource…

That was six weeks ago and already it’s grown my traffic by a measurable amount (thanks, analytics). Better still, Pinterest – currently one of the fastest growing sites in the world – ranks as my #3 traffic source, right after organic google searches and direct visits. Pinterest is also ad-free at the moment, though there is the occasional and unintrusive sponsored/for sale pin. On Pinterest, there isn’t obsessive self-broadcasting and self-documentation; it’s just about curating and collecting cool stuff. The tone is more “isn’t this awesome?” rather than “look what I had for lunch.”

My friend, she was right. 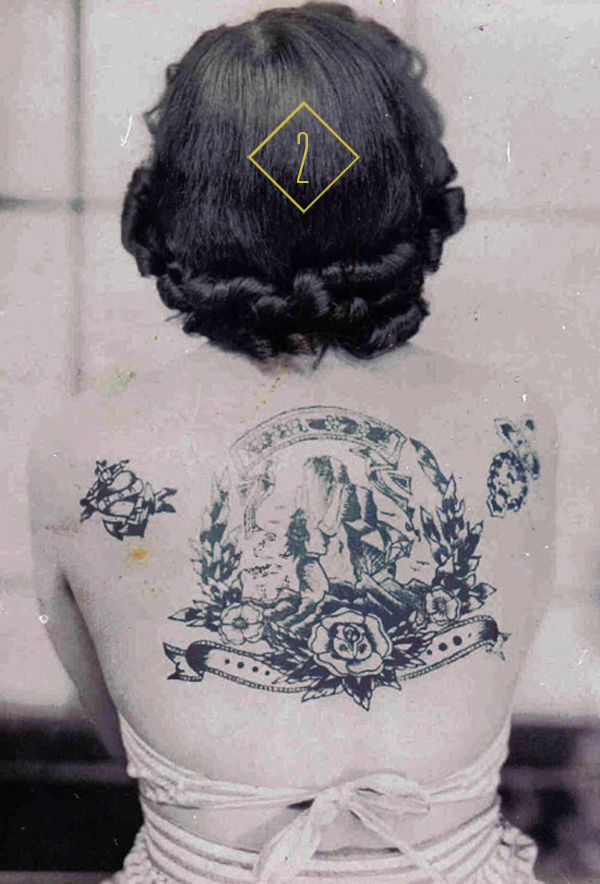 Yet, I can’t unplug my brain from the rest of the negativity surrounding Pinterest. Snide pie charts mocking women who use Pinterest, wisecracks and reassertions against Pinterest are regularly cropping up in my feeds, and tech analysts and the media (Reuters + AOL, MSN Money) sure as heck don’t know what to make of the women flocking to this tool. And, as we know about online culture, these types of things can easily trigger and rapidly escalate to a place that is counterproductive. I’ve been watching this unravel, doing nothing with the hope it will blow over. I’m not doing nothing now.

Scoping out Pinterest’s home page, I totally understand the backlash. The topic is the day’s most popular content, pulled out of the context of that user’s particular stream. There’s no theme or structure otherwise. Individually, they aren’t inherently bothersome and most likely represent only a fraction of a user’s tastes. But put them together and collectively they are a hot mess of confusion, which doesn’t reflect the real experience of actually using the site, nor the amount of depth it offers. Instead it reads like a Barbie doll or a Cathy comic: exaggerated, out of proportion, and not indicative of reality. This makes it all too easy for the casual visitor to swiftly make their exit without need of return. Ew, indeed.

Still, every social network has its turn-offs. None is perfect; all have flaws and breakages. But it’s as though Pinterest must be bulletproof in order for it to be taken seriously. Which is silly. If any start-up waited until they were fully formed to launch and build users, there wouldn’t be any of them! That’s simply not how start-up culture works.

All of this boils down to the core idea that the site is somehow less worthwhile because women got to it first. It’s as if Pinterest needs a tagline: “No, really, it’s NOT just for women!” This conversation wouldn’t be happening if Pinterest’s early adopters were dudes, no doubt. Who knows if it would even still exist if Ben Silbermann & his team hadn’t decided to offer the first batch of invites to female design bloggers. Yet, he did and – stop the presses – it’s a big stinking deal because it’s never occurred to the world that a group of women can be early adopters of a technology. And as history tells us, women-folk bucking trends always seems to ruffle feathers.

I don’t even really care how it plays out, I just don’t want it to be segregated and I don’t want to feel like I have to justify using a tool that is so obviously working for me & many others. Use it or don’t use it, but ragging on what doesn’t work for you is pretty declassé if you ask me. Capisce? Good. Now, how’s about we get back to getting inspired, making stuff, and sharing stuff shall we?

—
Like the eye candy? Well, there’s plenty more, I don’t think I need to tell you where. #1 is Tangerine Dream by Jim Lambie, pinned by Chloé Douglas of Plenty of Color, #2 is a vintage tattoo, pinned by My Love For You, #3 is vintage buttons pinned by Christen Carter.

Thanks to Elizabeth Giorgi at The Mary Sue for inspiring this and supplying many of the sources. And also to Kate Singleton for directing my attention to this in the first place. Hugs + high fives, sisters.

I’m glad you enjoy Pinterest. (I will resist saying, “I told you so.”)

Ellen, you’ve known me since the 3rd grade – you can tell me “I told you so” any time you want! Keep on bringing the cheesecake please; I love you for it.

Love Pinterest, but agreed. This is a frustrating issue. I recently read “A guy’s guide to Pinterest” on readwriteweb and cringed the entire time. Also of concern? Murky copyright issues for my artist friends. It seems that pinterest is trying to address this lately with attribution language in the fine print.

Oh, man Jen! I am curious about the article you mention, but part of me thinks I better steer clear! The copyright issues don’t both me quite as much as the fact that Pinterest has a clause in their terms allowing them to re-sell any of the images pinned to the site. Copyright is such a murky issue on the web, always has been, probably always will be. I view that risk as the price of admission that comes with an online identity. But when you are making money off someone else using their content THAT’S what bothers me. Hopeful they change this soon! I met Ben Silbermann at Alt Summit this year, he seems like a pretty reasonable dude, so I’ve got my fingers crossed!

Ya know, M, the article isn’t god awful…more of a generic how-to with some random pink ghetto factoids baked into the intro. That title though…come on now. and yes! re: pinterest image re-sell. Kinda bizarre.

I’m sure Silbermann & Co. is a rad team with good intentions. I’m a hopeless pinterest addict so I’m routing for them.

As a dude using Pinterest, I am as baffled by the “women only” chestnut trotted around on all those tech blogs as you are. As an interaction designer, I’m even more baffled by the ambivalence shown towards Pinterest by the rest of the tech world — it’s an absolute titan.

Anyway, your point about what Pinterest represents now vs what it may represent in the future reminded me of this post on Mashable about P’s audience and usage in the US vs it’s UK market. It’s pretty crazy.

This is fascinating, Jory! Thank you for sharing! Definitely suggests the potential for more integration which is good to see.

I completely agree with everything you said about people writing it off because it’s been a mostly women group of users thus far. That said, as a woman, something about the ultra-feminine side of Pinterest does bother me. A lot of people use to to pin about weddings when they’re not engaged, or images about how to clean the house. That’s fine if that’s what’s really relevant, I guess, and I have one board on Pinterest that I use to pin clothes to, but it’s not that Pinterest is often ABOUT women that bothers me, it’s that it’s more often about what type of woman you’re supposed to be. I hope that as more and more people discover the ways it can be used, it becomes less of a “lose weight, get married, buy swimsuits” type atmosphere and more of an encouraging and inspirational one.

I don’t think the Pinterest annoyance is from the fact that it’s woman dominated.

For every Margot with good taste, there are 400 people with bad taste posting recycled memes, shitty typographic inspirational quotes, and the site is dominated by that stuff.

A site of this type I love is Svpply. It was invite only for a long time, and started in the design community, and the taste level is quite high, if not skewed slightly hipster at times.

If Pinterest was a “save for yourself” site — and some do use it this way — I don’t think you’d see the outcry by some, including myself. But it’s a social network, and every time I end up on the site, I just see a huge page of crap.

The site is difficult to digest. Images / comments / columns. There’s just so much going on. Design-wise, it’s just not good. It’s pretty, but it’s not good.

Just my thoughts. People will keep using it, they’ll keep dominating this part of the internet, but I’m looking for a different service.

Fair enough, Ricky! I appreciate your position for sure, thanks for taking the time to weigh-in. I’m not sure I can definitively argue any of your points – they’re all well-reasoned. However, I think any social network is what you make of it as well. If you only dabble on the outskirts you aren’t going to have the same experience than if you stick around long enough to curate a feed of inspiration that works for you. But who knows, this collecting/curating behavior is so nuanced between individuals, there may never been a perfect solution. All I’m hoping for is that when disagreements about these things arise that we raise the level of discourse, which is exactly what we’re doing now! Now we have no need for snarky tweets and mean-spirited pie charts making sweeping generalizations about the people (women, in this case) who find Pinterest useful.

Curious, I’m interested to hear your justifications as to the relative merits of pretty vs. good. What about the site is pretty, but isn’t good? Why is pretty not valued the same way as good? Also, for what it’s worth, according to this infographic, 56% of Pinterest users in the UK are men and their most popular topics are not at all like the style of common pins here. So, maybe there’s potential for the site to become more balanced and less…”pretty” (if you will). 🙂

Great post! I’m continually shocked at how much media are poo-pooing Pinterest. And I totally agree it’s because men who are writing it. And I think it’s so sad because it’s been such a creative and inspiring thing for me personally and as an artist. Who cares if there are people who post cute kittens and get in arguments in the comments! It’s their own experience. My Pinterest world is amazing and I didn’t even know about the kitten issue until I read the other articles. And sure, I’m worried about the copyright issues. But I’ve met Ben and I trust him — I think he’s going to do the right thing. The bottom line is that things are changing so artists are going to have to develop ways to protect their copyright and their work as technology and the world changes. We must adapt.